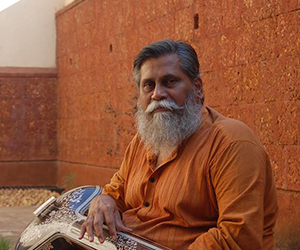 Kedar Bodas is an Indian classical vocalist belonging to the Gwalior gharana. He was described by as a "master khayal singer."
Bodas was born into a family of musicians. He received early training from his grandfather Lakshmanrao Bodas and his father Narayanrao Bodas. He has also received training from Pandurang Salunke, Shreedhar Padhye, Ashok Ranade, C.P. Rele, and T.D. Janorikar. As a child, he also learned to play the tabla, but eventually focused on vocals.
He has performed across India, and composed the music for six documentary films.
In addition to his work as a performer, he is also a musical scholar and a linguist. He did a four-year advanced course in Russian, which helped expose him to Western Classical and Russian folk music.
He received the Mallikarjun Mansur award in 2018. 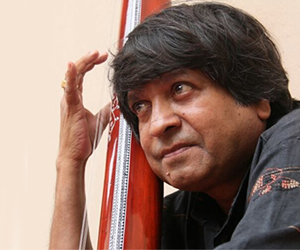 Pandit Ganapati Bhat, popularly known as Ganapati Bhat Hasanagi, is an Indian Hindustani classical vocalist. He belongs to Kirana -Gwalior Gharana. He is a resident Guru at Dr. Gangubai Hangal Gurukul Trust in Hubli. He was born and brought up in Hasanagi, a small village in the state of Karnataka in India.
Pandit Ganapati Bhat is a disciple of Basavaraj Rajguru,[3] the maestro from Dharwad whose gayaki (singing style) is based on the Kirana, the Gwalior and the Patiala gharanas. Bhat trained under Rajguru from 1966 to 1991. Bhat started his training in music as a sitarist, but was drawn to Hindustani vocal music. Later, he studied with C. R. Vyas, an exponent of the Gwalior Gharana
Pandit Ganapati Bhat was recognised as a B-High grade artist of the All India Radio in 1979. Thereafter, he was recognised with the highest, A-Grade in 1988. 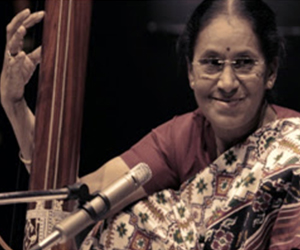 Vid. Vijaya Jadhav Gatlewar is among the top exponents of the Jaipur-Atrauli style of singing and molded in finest classical tradition of Alladiya Khan vocalism. Initially she had her training from her father Late Pt. Dinkar V Jadhav. Vijaya mastered the controlle on sur, tal and laya during training with him.
She was awarded the prestigious ITC- Sangeet Research Academy fellowship and moved to culcutta. There she had the privilege of training with Late Pt. Nirvuttibua Sarnaik. Pt Sarnaik, an eminent vocalist of the Jaipur-Atrauli Gharana in his days.
Due to the intense training sessions and uninterrupted riyaz for decades Vijaya is a owner od a full, rich and expressive voice. She can display the charecteristics of Jaipur-Atrauli style such as ativilambit laya and complex taan patterns with her amazing breath control. The Behelawa which she presents is truly rare and a treat to the connoisseur.
She is an A grade artist and heard regularly on AIR and Television. She has given successful performances in USA and Canada. Vijaya Jadhavji made a noteworthy contribution in music teaching.

Vijaya has been awarded the
1.Surashri Kesarbai Kerkar Scholarship by NCPA, Mumbai
2.Best Singer award from the Bharatiya Sanskriti Sansad of Culcutta 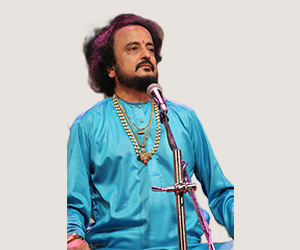 Kavilayakumar (Kaivalya Gandharva Teja) born on 1963, in Belguam, Karnataka in a musician family. His grand father Shri. Ganapat Rao Gurav was the first batch disciple of Ustad Abdul Karim Khan Saheb, the founder of Kirana-Gharana. His father Pt Sangameshwar Gurav was a doyen of Kirana-Gharana.
Pandit ji is the earliest receipiet of top grade of AIR and Duradarshan at the age of 35 and was entitled PANDIT.
Pandit ji has performed all over India and almost 15 countries abroad. He has researched himself in voice culture through yoga pranayama and omkar meditation where many have been benefited with his technique and authenticity. He has acted and sung as Tansen in a Duradarshan serial.

Presently he is working as Khirana-Gharana guru in Dr. Gangubai Hangal Gurukul, Hubli